What's the Significance of a Vendor's Bridge Letter?

A bridge letter (also known as a gap letter) is an important document made available by the service organization (your vendor) to cover a period of time between the reporting period end date of the current SOC report and the release of a new SOC report. This occurs because a SOC report covers only a portion of a fiscal year.

When and Why Is a Bridge Letter Used?

The bridge letter can be used by the user entity (your organization) as an interim assurance by management while waiting for the next audit report. You need to have the bridge letter on file as part of your annual due diligence in order to show examiners that, as far as you're aware, controls are still in place in between reports and that you are prepared to request the new SOC report once it has been made available by the service organization.

Keep in mind, the CPA firm who performed the audit is not attesting to anything in the bridge letter. Once the auditors have issued their report and left the site, they do not know if the internal control environment has changed or not.

What Does a Bridge Letter Accomplish?

A bridge letter is your vendor management's assertion that controls are still in place and operating effectively. With that being said, however, it's important to understand that a bridge letter may not always suffice. A bridge letter is designed to identify and address any material changes to the internal control environment that have occurred during the “gap” period covered by the letter.

What Is Included in a Vendor Bridge Letter?

Let’s break it down further:

It’s important to note that the auditor is not included in the creation of a bridge letter and is not attesting to the content of the bridge letter nor is the auditor involved in the ongoing assessment of controls after the SOC report period. Due to these limitations, you want to see the vendor communicate clearly in the letter that the recipient, your organization, should review the most current SOC 1 or SOC 2 report prior to concluding on the design and operating effectiveness of controls.

In other words, it’s recommended that the bridge letter not be used in place of a SOC 1 or SOC 2 report or on its own but instead as an interim assurance only.

Confused about the differences between kinds of SOC reports? Download our infographic. 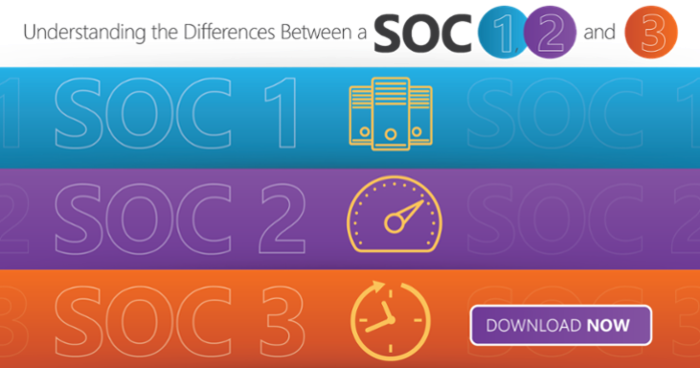 I anticipate that there will be quite a few changes looming in the new year - 2017. Some examples...

Vendor Risk Management and the NCUA

As more financial institutions are beginning to embrace cryptocurrency, regulators are carefully...