Keep up-to-date on the latest vendor management news. We'll help you out! Read the articles below that we recommend checking out.

Recently Added Articles as of June 27

So much for a slow news week again! Yesterday’s UDAAP seminar by the CFPB didn’t go as expected. The FDIC states they support innovation in the financial services industry. Walmart receives a hefty fine for violating FCPA violations. Deregulation may be nearing. And so much more…

Walmart agrees to $282 million settlement: The SEC announced Walmart has agreed to pay $282 million to settle FCPA violations. For more than a decade, Walmart failed to have a sufficient anti-corruption compliance program. The company agreed that they violated the Securities Exchange Act of 1934. Talk about a hefty fine!

Fake credit repair scheme to be halted by FTC: Grand Teton Professionals’ assets have been halted and frozen. This is at the request of the FTC as the company was involved in a credit repair scheme that charged illegal upfront fees and falsely claimed to repair customer credit. Oh, and the FTC Act isn’t the only law they’ve violated. They’ve also potentially violated provisions of the Credit Repair Organizations Act, the Telemarketing Sales Rule, the Consumer Review Fairness Act, the Truth in Lending Act and the Electronic Funds Transfer Act. Grand Teton Professionals has temporarily stopped operations.

Deregulation may be in the future: It looks like the Trump administration is still working diligently to reverse actions of President Obama. To do this, they’re not hiring as many people to do the jobs that are needed to enforce the existing rules in place.

Misconceptions regarding credit unions’ acquisitions of banks are addressed: According to a S&P Global article featuring NAFUC’s president & CEO Dan Berger and EVP of Government Affairs and General Counsel Carrie Hunt, the acquisitions are a strategic decision. This should help credit unions grow and banks should reap benefits financially. Since credit unions must make cash offers due to structural differences of a credit union versus a bank, and given the fiduciary duty of banks to obtain the very best price for shareholders if they are going to sell, banks benefit financially. NAFUC is trying hard to educate and set the record straight here.

NAFCU on the UDAAP hearing: Let’s keep the NAFUC news coming… NAFCU’s Director of Regulatory Affairs provides a recap of the CFPB’s first symposium which focused on clarifying the term “abusive”. She shares that it was a split group as to whether more clarity is needed on the term. However, she says the fact that the discussion is taking place means the need for more clarity is necessary. Check it out for more, and even some remarks from Director Kathy Kraninger and Deputy Director Brian Johnson. Looks like the UDAAP seminar by the CFPB didn’t live up to expectations… at all.

Reputation risk – look at how the banks played out: The 2019 American Banker/Reputation Institute Survey of Bank Reputations finds that banks are doing worse. 40 banks were surveyed and only 2 earned the rating “excellent” regarding their reputation with customers. Even more concerning, banks that have earned the rating “weak” with non-customers doubled. According to the survey, this means that people are less likely to buy a bank’s products and less likely to recommend others to purchase them. What do you think is the root cause of the newfound reputation risk?

FDIC weighs in on fintech in a policy statement: The FDIC is pro innovation in the financial services industry according to their recent statement. The regulator believes technological changes have potential for a positive impact on how banks satisfy their customers. In addition, the FDIC is in the process of recruiting a Chief Innovation Officer for FDiTech, which they’re currently working on the legal and operational foundation of. FDiTech will encourage innovative and transformative technologies in the financial services sector. The FDIC goes on further to explain how technology can be used to improve the supervisory process, meet customers’ needs and more.

Quick video on the differences between US and Canadian privacy standards: Ready to change up the way you’re receiving all this informative news? Check out this 6-minute video going into detail regarding the privacy law differences in the US and Canada. If you’re doing business in Canada, you should know that the privacy laws are more stringent than in the US. Watch and be ready to mitigate risks accordingly.

Organizations benefit from speaking up when they find a problem: It’s been found that honesty is actually the best policy. Since CFPB Director Kathy Kraninger took office, there’s been evidence that it’s better for a company to report a consumer violation rather than wait for an examiner to find it.

CPPB receives 2018 Annual Financial Acts Enforcement Report from FTC: The report summarizes the FTC’s enforcement activities pertaining to regulations like Truth in Lending Act, Consumer Leasing Act and Electronic Fund Transfer Act. There are two parts. First, the enforcement actions, research and policy efforts and consumer and business education efforts regarding Regulation Z. Second, FTC activities regarding Regulation E. Is it just us or does anyone else sense the FTC is stepping up to cover things like military lending that the CFPB has said “hands off”?

Recently Added Articles as of June 20

It was a relatively slow news week. Must be the summer solstice that is upon us…

The Fed may heighten cybersecurity standards: Are you a bank with more than $50 billion in assets, a financial market utility or a non-bank supervised by the Board of Governors of the Federal Reserve System? If you answered “yes” you may want to read on. The Fed recently shared that they may increase cybersecurity standards. The enhanced standards would require things like demonstrating cyber risk governance, continuous monitoring of cyber risk, situational awareness of the organization’s cybersecurity posture and more. Even more stringent standards may apply to organizations that are considered critical to the financial sector. Are you ready?

OCC focuses on 4 areas of concern: The OCC recently announced 4 areas of risk that may pose a threat to the safety and soundness of the federal banking system. These include credit, operational, compliance and interest rate. And, guess what? They’re keeping fintech and regtech companies on their radar due to rapid growth. No surprise there. It’ll be interesting to see how regulations evolve over time regarding those industries.

CFPB to discuss UDAAP in a public forum: The first CFPB symposium will be held on June 25th. During this time, they will discuss the Dodd-Frank Act’s prohibition on abusive acts or practices. This should help clear up some confusion around the term “abusive”. Finally!

FDIC Consumer Compliance Supervisory Highlights publication released: This publication creates more transparency around the FDIC’s supervisory compliance activities as well as provides a high-level look at the 2018 consumer compliance issues. Be sure to check it out for more details.

Google and PayPal aren’t interested in the OCC’s Fintech Charter: Not only have Google and PayPal explored the national bank charter and walked away, but so have dozens of other technology and fintech firms. There are a couple of reasons why. First, many feel they could hinder their current state regulator relationships. Second, there is some hesitation since they’re unsure if the OCC will win their suit regarding the fintech charter. Hmm, if Google and PayPal said no…?

Recently Added Articles as of June 13

Western Union pays $420K for OFAC Violations: Western Union had close to 5,000 violations of the Global Terrorism Sanctions Regulations, 31 C.F.R. part 594 (GTSR). Therefore, the company has agreed to a $401,697 settlement to resolve OFAC violations. It appears that Western Union self-disclosed these violations.

New York may set the data privacy law standards: The new data privacy law that New York’s state legislature is considering could set the tone for all of the U.S. It would include comprehensive data privacy rights, put fiduciary duty on the businesses who control and process data and prevent profiling of customers for business decisions. This act seems to be more stringent that the California Consumer Privacy Act… which seemed difficult to do! Check this out to learn more about how quickly you’ll have to implement changes, rules, responsibilities and more.

Regulators not ready for another downturn: The financial crisis of 2008 resulted in the passing of the Dodd-Frank financial reform law. While the law created a much-needed process for quick liquidation if a large institution is failing, it also limited governing regulators ability to take action when this is happening. There has been increased warning that due to the corporate debt, a downturn is likely on the horizon and it’s going to get unsightly. Was it mistake to reduce the amount of authority the regulators have in a situation like this? Will this now be a recipe for disaster?

Recently Added Articles as of June 6

To start the month off, we have a good mix of different news released over the last week. Tech leaders have been asked to testify in a case that will determine if they have too much of the market space, the payments industry is evolving, there is some BOD role clarification and more.

Tech leaders are asked to testify: Some of the largest tech companies are being investigated as some feel they may have too much power and create unfair competition. A house rep shared that there's a need for more oversight of big tech companies. In addition, he mentioned concerns around personal privacy with the way it is right now – privacy and data breaches are a huge concern in third party risk across the industry it seems like. Curious to see where this ends up but, if it isn’t settled in favor of the tech giants, they may experience some serious financial implications.

Payments space evolving further as Visa and Western Union add expedited global payments: It has been announced that a strategic partnership between Visa and Western Union will expedite global account-to-account transfers. This partnership helps further each firms’ cross-border payment efforts. The joint effort means that there will be a cash to digital, or digital to cash, remittance process but in real-time and across borders.

Some needed clarification around BOD expectations in the loan process is shared: Check out this podcast from The Bank Account to learn why it may not be a good idea for bank directors to personally approve loans. It sounds like many banks, especially community banks, are still practicing this way; however, there are many reasons this could negatively impact you. Do you know why?

“b.yond” – how a new platform plans to take the finance industry “beyond” what they’re used to: b.yond, a new financial innovative platform, was recently launched by Visa and other major companies who collaborated in the initiative. The platform will allow banks and other customer-facing companies to use a range of fintech payment services. It's thought that this new platform will assist greatly with customer loyalty, quick digital financial offerings, etc. by simplifying the processes which will ultimately lead to satisfied customers.

Trying to understand the BSA laws that will impact MRBs: There's a lot of confusion around how BSA (Bank Secrecy Act) and federal criminal laws will impact and/or be enforced regarding marijuana related businesses (MRBs). As of June 3rd, a spending bill which provides certain protections to financial regulators was drafted by the House Appropriations Committee’s Subcommittee on Financial Services and General Government and has passed – unchanged at that! It will only apply in FY2020. Still, there's much uncertainty regarding how, or even if, BSA laws will be enforced pertaining to MRBs. We expect more updates to come on this one. To be continued…

See what you need to know about UDAAP and how it relates to your vendors. Download the infographic. 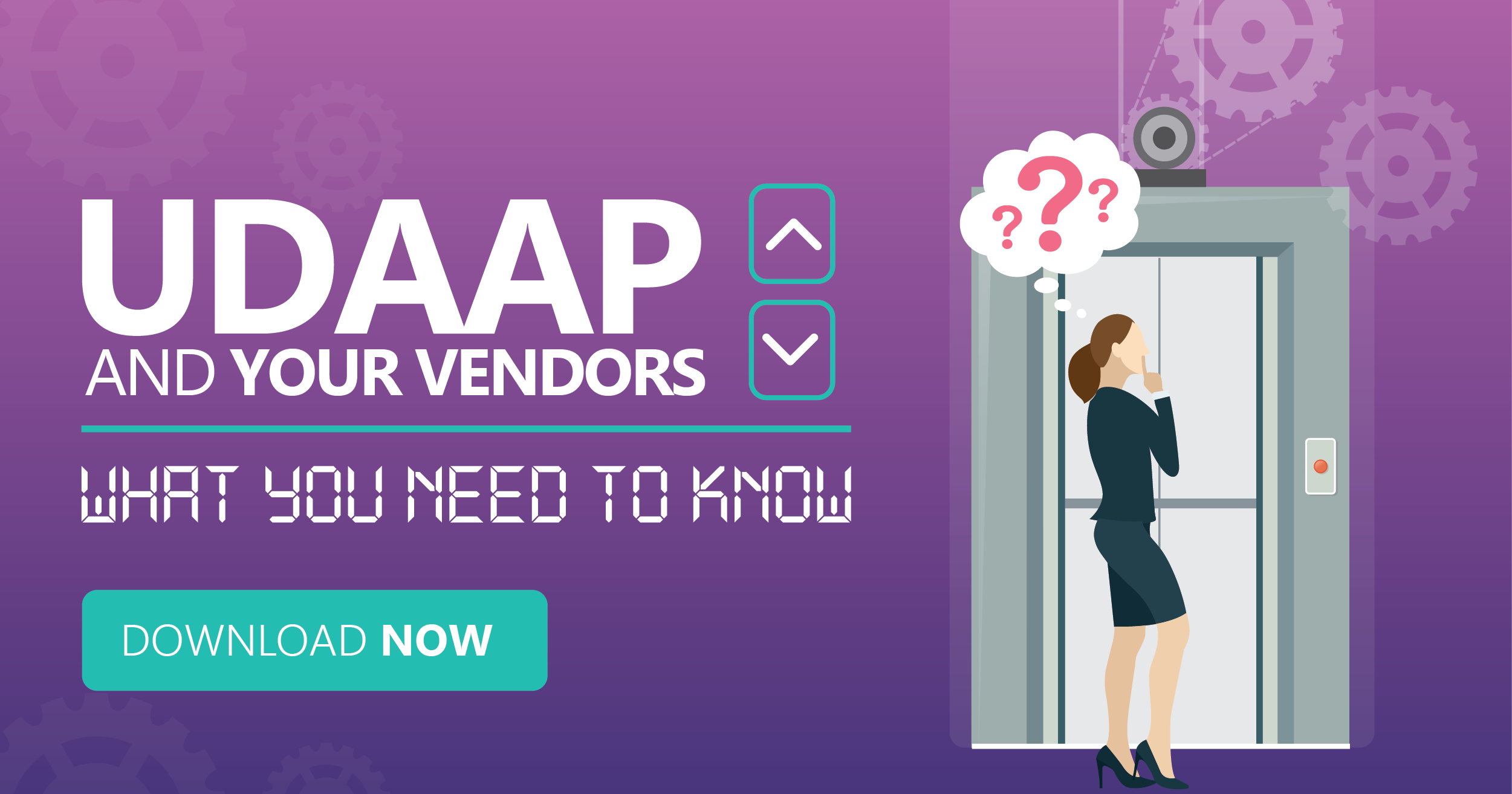 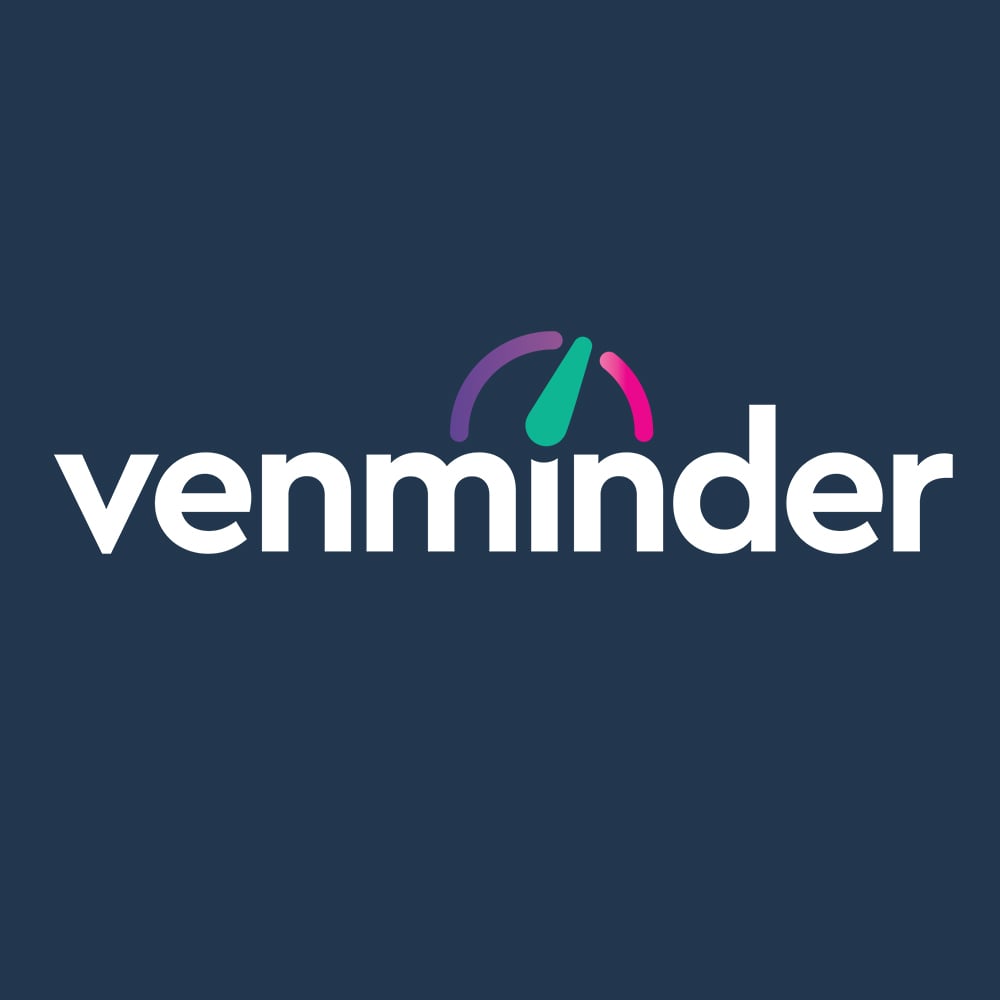